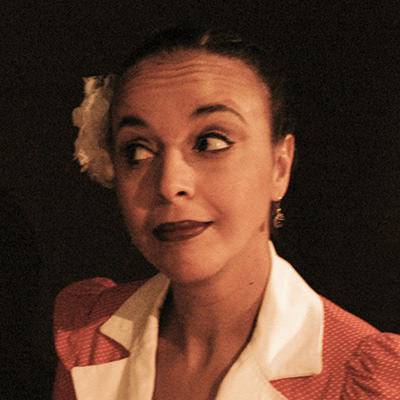 Fatima Teffahi is among the most important people in the revival of Lindy Hop and Swing Dances in Europe. Fatima, originally from Belgium, is a master of tap dancing. Ever since she began with it in the 1980’s, Fatima has been looking to the afro-american dancers of the 30’s and 40’s for their original style. She came in contact with the swing dance scene at Herräng Dance Camp in Sweden. Today, she is one of the driving forces of the camp and plays a big part in its organization. Fatima lives in Stockholm, where she has been a member of the Rhythm Hot Shots (today: Harlem Hot Shots) from the start. She is a co-founder of the Chicago Swing Dance studio. For many years, Fatima has been teaching Tap but also Authentic Jazz.

Currently, private lesson calendar for Fatima is not available. Please check back later. None

Fatima Teffahi (since the profile is not claimed) in Stockholm, Sweden and is unavailable for private lessons.

Fatima must "enable private lessons" before you can make a request.

Fatima will be travelling to the following events in the coming up months.

The account is not claimed yet. To enable/manage your private lessons please take the ownership of this account.

This step will require verifications. Please contact us for the details.

Fatima hasn't posted any videos yet.

Do you want to promote something in this spot? Maybe an event? Anything? Let us know !